Okay, maybe I’m pulling your leg to get some attention. Don’t worry, the post is totally safe for work and maybe even wholesome for the children. However, Amorphophallus titanum, translated from the latin, does indeed mean giant, misshapen phallus and the Amorphophallus titanum is why all these people were standing around for hours in anticipation. 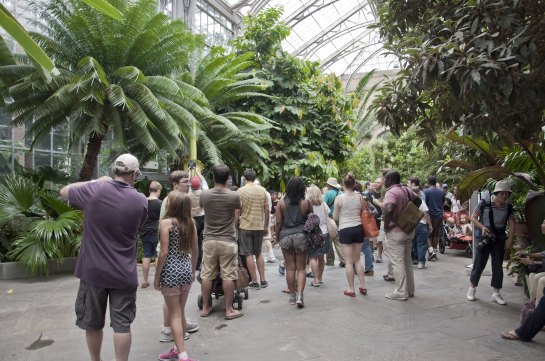 What these people are looking at is an  example of the world’s largest unbranched inflorescence, the Amorphophallus titanum, which is sometimes called the titan arum. It is a member of the Arum Family, or Araceae, which contains many familiar plants like calla lilies and jack-in-the-pulpit.

The Araceae have a unique flowering structure. 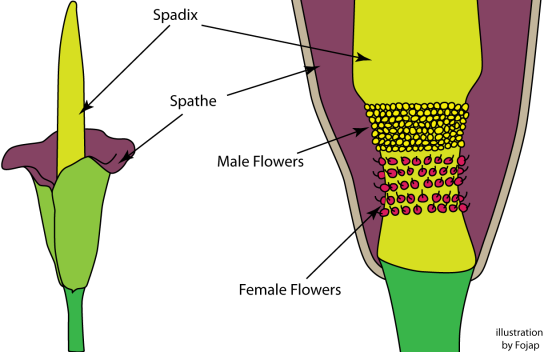 The spadix is a large, fleshy protuberance which emits a sent to attract the pollinators. Towards the bottom of the spadix are the actual flowers themselves, which are unisex and without petals. In the Amorphophallus titanum, as in most members of this family, the male flowers are located above the female flowers. The spadix with its flowers are swathed in a colorful modified leaf, shaped like a funnel, called a spathe.

The odor the Amorphophallus titanum emits to attract pollinators smells distinctly like rotting flesh, leading to the name corpse flower, a title is shares with several other foul smelling flowers known as carrion flowers.

Besides being really big and stinky, the flowering is unpredictable. There can be a lapse of anywhere from several years to several decades between blooms. So, when I heard that there was an Amorphophallus titanum at the U.S. Botanic Garden in Washington, D.C. about to bloom, I decided to go take a look. 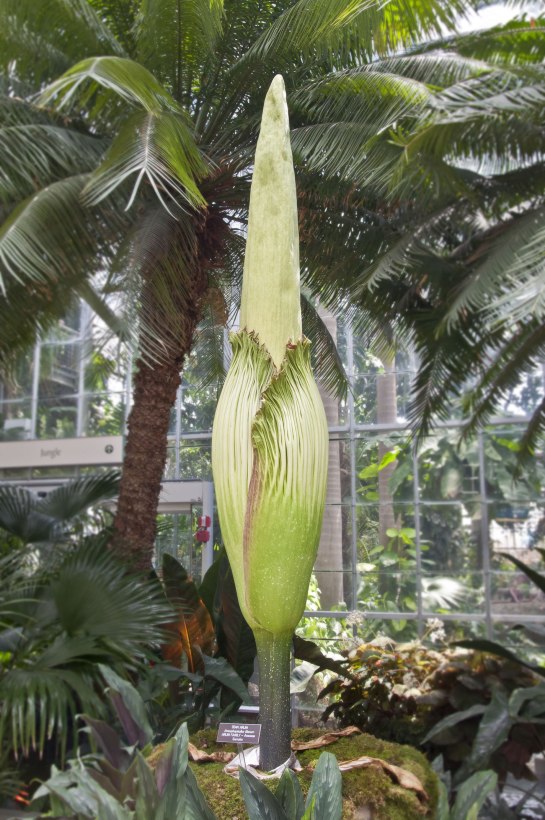 This is how the Amorphophallus titanum looked when we arrived around two in the afternoon.

The Amorphophallus titanum is native to Sumatra and can grow up to twelve feet tall. This particular plant is about seven years old and this is its first bloom. The Botanic Garden originally predicted it would bloom around July 12. They usually close at five o’clock, but last Thursday and Friday the hours were extended until eight, however the flower did not open.

We enjoyed the rest of the gardens and got a bite to eat and returned around half past four. The plant had noticeably changed.

People in the crowd started saying that they hoped the Garden would stay open late for the event.

A young man in the crowd told us how he had seen one in Washington State when he was in graduate school. He told us the a police officer also viewing the flower confirmed that it did indeed smell like a corpse. 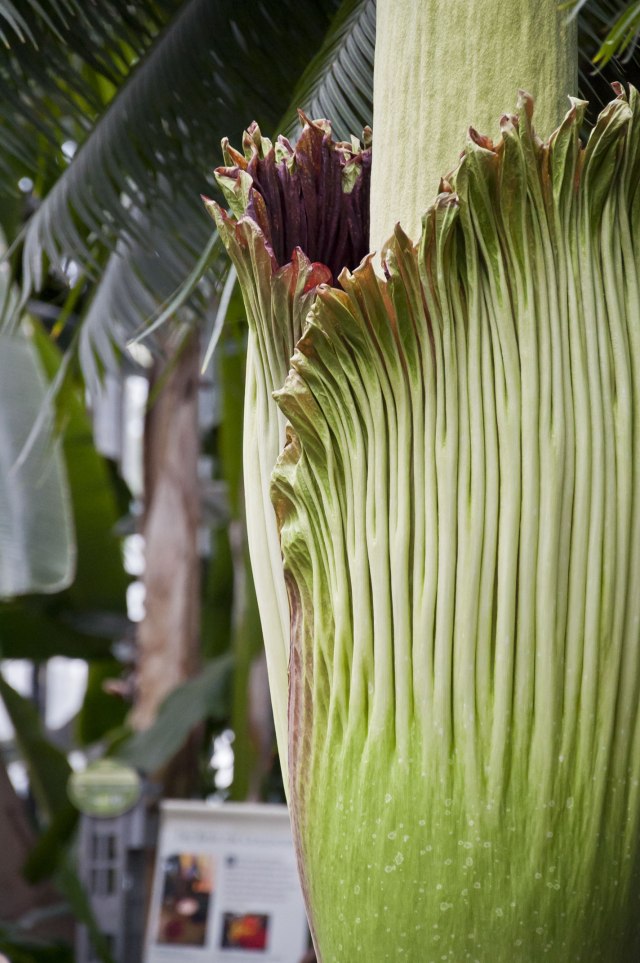 Finally, the flower inflamed crowd was informed that if we didn’t leave the staff would call the police. 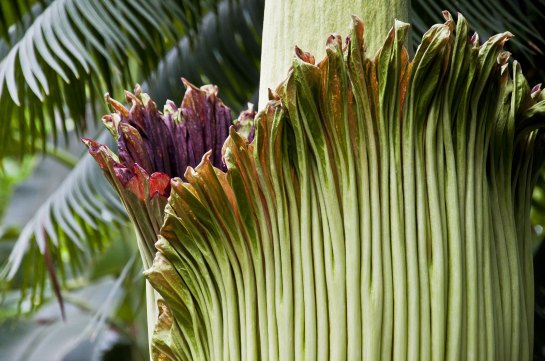 This is the last shot I was able to get before they kicked us all out.

When we got home we looked at the live stream. It was half past seven and it appeared as if the plant was blooming. We just missed it by a few hours. Monday, the Botanical Garden will be open until eight.

Here’s a BBC video about this flower.