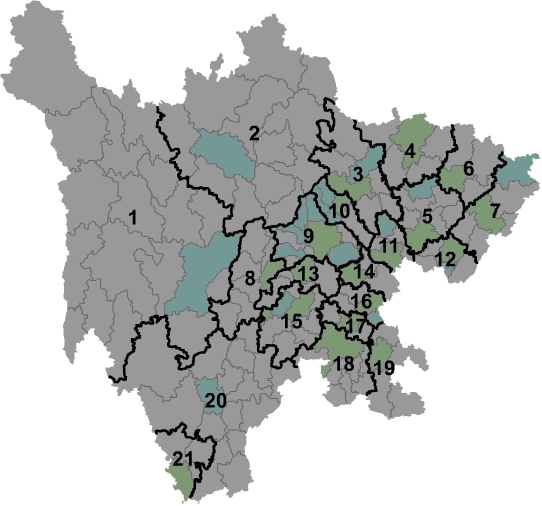 Here is a quick post with some photos. I will write more in the very near future.

Guardian Lion in front of the Forbidden City.

I probably don’t need to tell anyone what this is, but, just in case, it’s one of the Terracotta Warriors that were discovered outside the city of Xian.

Did anyone actually think that I would go to China and not visit the pandas?

Chongqing was our ultimate destination. Here is the city’s most popular food, hotpot. A variety of foods are put into the soup base at the center of the table.

We left Chongqing via the Yangtze river and when through the Three Gorges area and the big dam project. This is the Qutang Gorge.

As it happens, my photos stop after the dam. We went on to Shanghai, but it rained so I didn’t get many pictures there.

This is just a quick post to share a bit of info I just came across and thought was interesting.

A while back Richard Dawkins stirred up a bit of controversy when he tweeted, “All the world’s Muslims have fewer Nobel Prizes than Trinity College, Cambridge. They did great things in the Middle Ages, though.” I originally tried to address that with a bit of humor.

I came across a bit of information, ooh, about five minutes ago, that reminded me of that little brouhaha.

No one, after 12 years of Chinese education, has any chance to receive a Nobel prize, even if he or she went to Harvard, Yale, Oxford or Cambridge for college…. Out of the one billion people who have been educated in Mainland China since 1949, there has been no Nobel prize winner…. This forcefully testifies [to] the power of education in destroying creativity on behalf of the [Chinese] society.

Now, I’m off to visit the Musée de l’Institute du Monde Arab, entirely by coincidence, so I’ll have to leave the editorializing to you.