A couple of weeks ago, my sister and I decided to make the best of the heat and we went to a state park that has a little bit of a beach. Afterwards, we went to a crab house. I sent this photo to Noel, but later I found myself wondering if he was aware that crabs are a really big deal in Maryland. I tried to see if I could find a link with some information and I learned a few things I didn’t know. Perhaps it will be of interest.

For those of you who don’t know, Maryland is a mid-Atlantic state, meaning that it’s in the middle of the eastern seaboard of the United States. The Chesapeake Bay cuts deeply into the state. 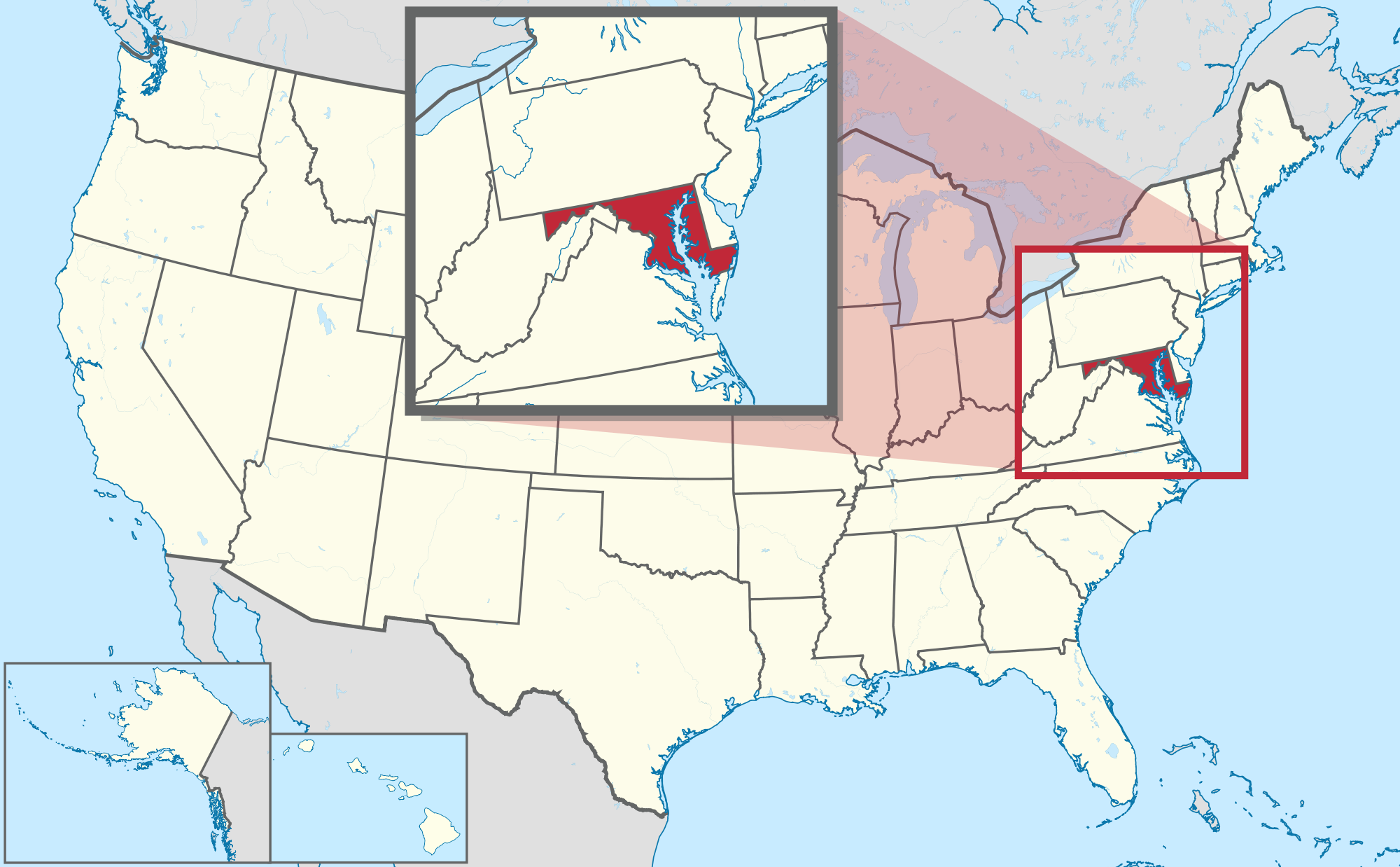 Crabs are highly associated with the state, specifically a variety called blue crabs, Callinectes sapidus. According to an article on Eater, Spike Gjerde, a Baltimore chef, the growing conditions in the estuary make the crabs from Maryland especially good.

From a scientific perspective, the need for hibernation is the main reason Maryland crabs taste better than other types of crab — and also tastes better than blue crabs from other waters, according to Steve Vilnit of the Maryland Department of Natural Resources, Fisheries Services. He explains that just like other creatures that hibernate, crabs need to build up fat stores to sustain them through the dormant period. “This gives our crabs a buttery flavor that you won’t find anywhere else,” Vilnit says.

Marylanders prepare hard shells and other seafood by steaming them, rather than the boiling that is common along the rest of the East Coast and Louisiana. Marylanders will tell you that boiling makes the crabmeat wet, rather than just moist.

That people boiled them was news to me.

As you can see in the top picture, they’re steamed with a large amount of spices. The typical spice associated with Maryland is a spice blend called Old Bay. It was originally produced by the Brunn Baltimore Spice Company, until it was bought by the large McCormick company. Eater adds

Odds are at a crab house, what’s seasoning the crabs is made by J.O. Spice Company, not Old Bay. Established in 1945, the company supplies more than 800 restaurants in the mid-Atlantic, often creating custom blends that vary in saltiness and heat.

They are served with apple cider vinegar on the side.

Crabs are seasonal, and in Maryland they’re available from April to December.

While June through August are the most favored and tradition-laden times for eating crabs, September and October are the best time to get the largest and fattest hard crabs at the best prices.

The Eater article lists several places to get crabs, but they’re not really a fancy item and there are a lot of places that are good.

From earlier the same day.