or in this case, the oil.

Zero Hedge has on its website a fascinating map by Dr. Michael Izady at Columbia University that adds a dimension to the current tensions between Iran and Saudi Arabia that many of us are only dimly aware of. So far, I’ve mainly heard of it as a Sunni/Shia conflict. Since Saudi Arabia is usually referred to as a Sunni, or even Salafist or Wahabi, country, there is a strong tendency to forget, on my part at least, that there is a Shiite minority within the country. What I did not realize was that much of Saudi Arabia’s oil is underneath Shiite majority regions.

What the map shows is that, due to a peculiar correlation of religious history and anaerobic decomposition of plankton, almost all the Persian Gulf’s fossil fuels are located underneath Shiites. This is true even in Sunni Saudi Arabia, where the major oil fields are in the Eastern Province, which has a majority Shiite population.

The recently executed Shiite Muslim cleric Nimr al-Nimr came from that area. Although Schwartz is not claiming at it is only oil fueling the conflict, it does add an additional dimension.

Because Iranians are not Arabs, I always think of them as being very separate from the Saudis. This map, focused on the Persian Gulf rather than on one of the countries shows how physically close they really are.

I don’t have anything of my own to add here and I don’t know entirely what to make of it or how much emphasis to put on it, but I think it’s very interesting. 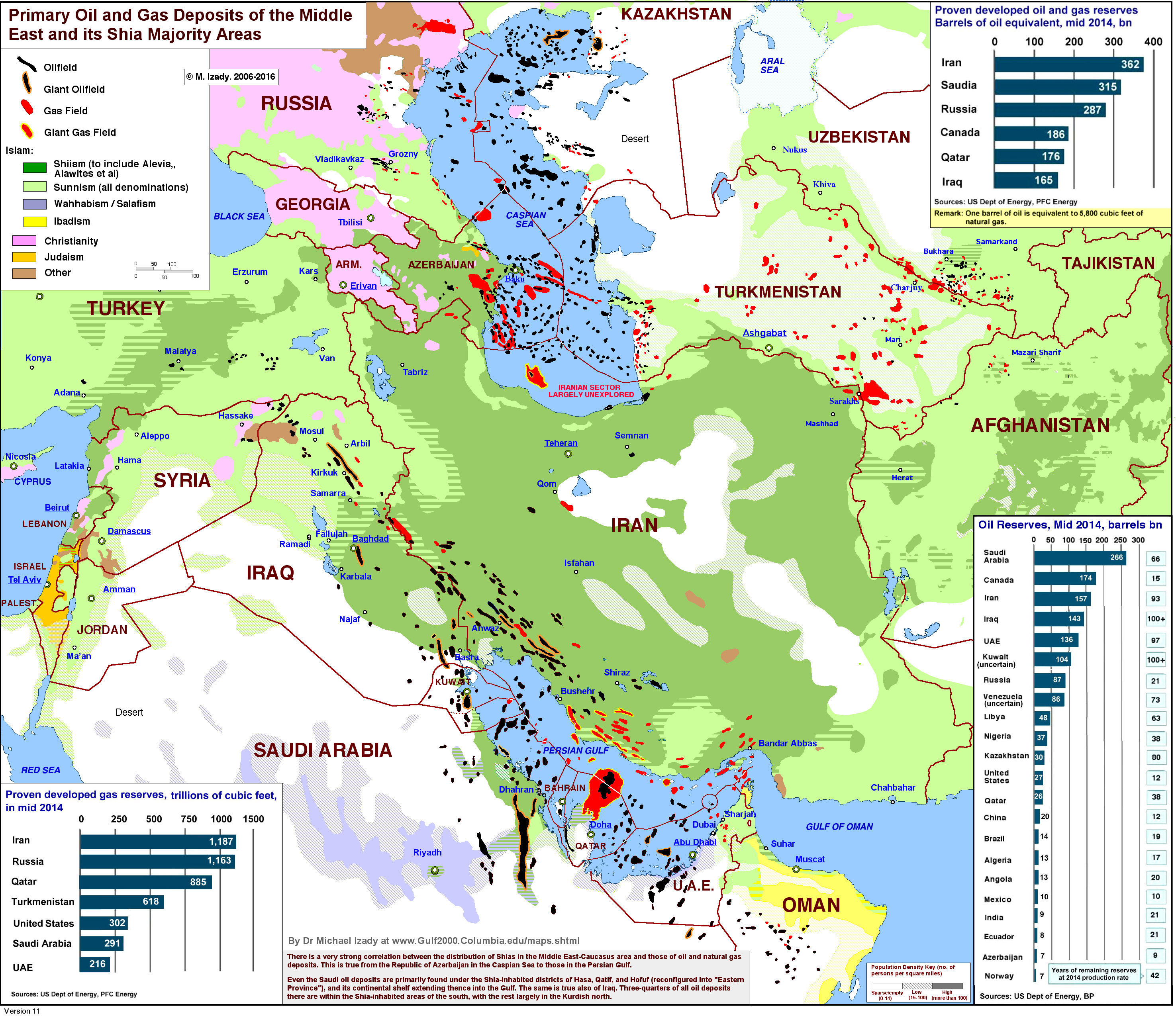