I mentioned the other day that I had been gardening. The back of my sister’s yard has been a puzzle. First of all, the rocks there are very close to the surface and it’s difficult to dig more than half an inch in much of it. Secondly, people drive over it all the time. A few years ago, we tried to plant some bushes to conceal the neighbor’s garbage pails. Between the deer and the cars, they did not survive. I’ve been a bit puzzled about what to do with the area since then.

I decided that the only real solution was building a raised bed. They’ve been taking down abandoned row houses in Baltimore. We were able to get some of the bricks and I used this to build a bed. There’s no mortar, so it’s not really very sturdy, but it doesn’t have to be. 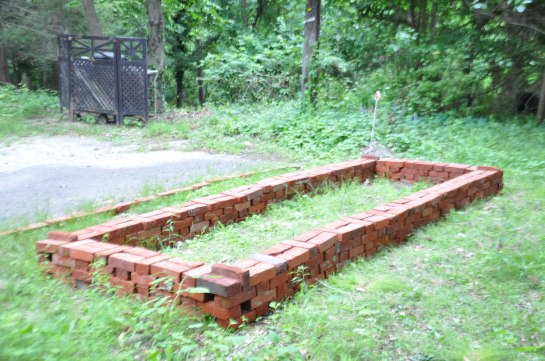 We planted plants that we thought might appeal to butterflies, birds and other wildlife, Chelone glabra, Rudbeckia hirta and Monarda.

It will take a few years to fill in.

In the meantime, I haven’t named this little fellow yet. Actually, I suspect it’s female, but it’s hard to be sure. 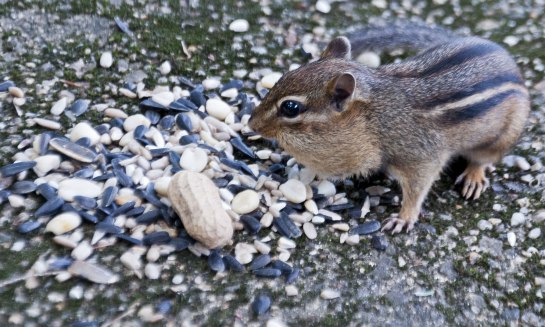