There was some excitement for us today. We went to the Blackwater Wildlife Refuge and saw some American White Pelicans. They are not common in this area, so I’m glad my sister was there or I would have thought I was terribly mistaken. The volunteer at the visitor’s center confirmed that the Pelicans have been seen there in recent years. He said a few days ago several people reported seeing a flock of thirty to forty, which seems to be exactly what we saw today. 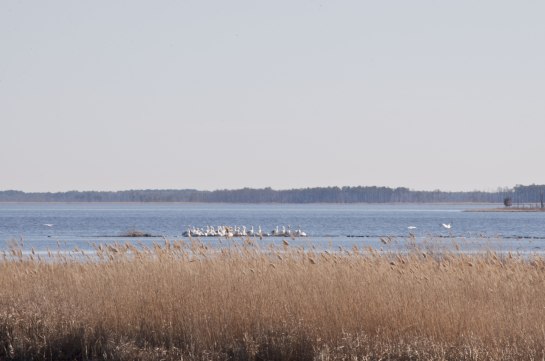 Another first for me was a muskrat. I’ve seen their lodges before, but this is the first I’ve seen one the animals. 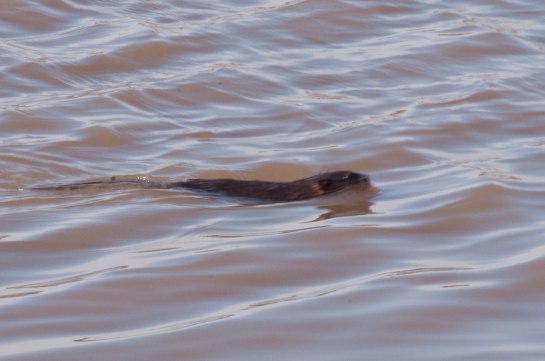 Finally, Blackwater has a lot of Great Blue Herons. We saw several on both visits, but they’re so beautiful, I thought I’d post a picture anyway. 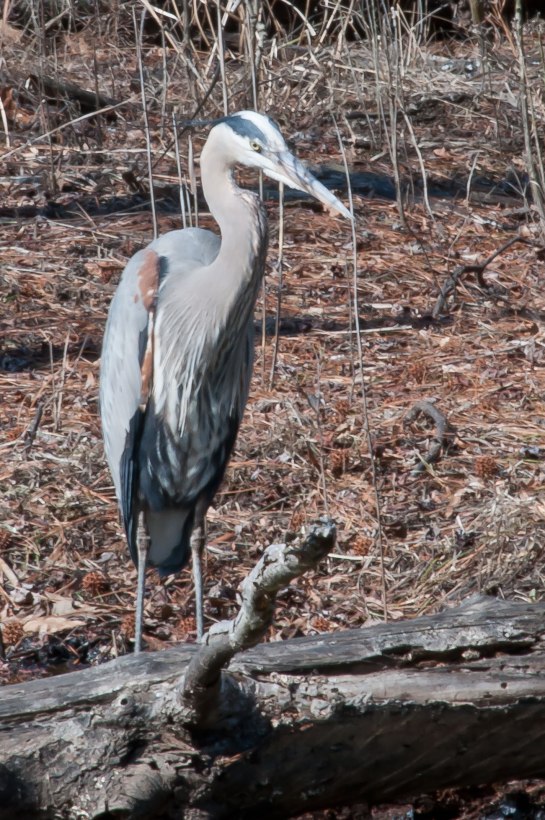 We didn’t see as many different types of birds as we saw last time, although we heard many we didn’t see. Also, we still haven’t seen one of the rare squirrels.