Today, I headed out to the Père Lachaise Cemetary. Despite being the final resting place of Oscar Wilde and Gertrude Stein, it is really a place to fall on one’s knees before French culture. I went there on my first trip to Paris only at the insistence of one of my companions. Despite not being given to hero-worship, I find the place inexplicably charming. Being with others, I let them lead to the graves they most wanted to visit, and after we got tired of following the map, we wandered aimlessly, admiring the statuary and enjoying being in the shade in August. Entirely by accident, we came upon the monument of the painter Ingrès. 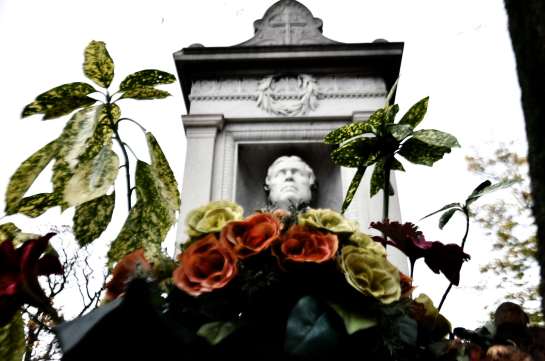 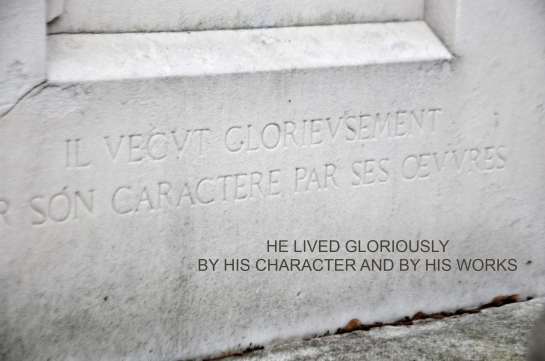 I have always considered Ingres to be a painter’s painter.

This time, I searched out his grave intentionally. As I wandered around the cemetery, getting a little bit lost along the winding paths, I heard the loud voice of a crow above me. I suppose it is not unique that as a very young child I was convinced that I could talk to animals. One of the consequences of growing up was realizing that it was just an illusion.

The crows added to the atmosphere of the cemetery, yet in my photo there was no way to see that. It struck me that it would make such a wonderfully moody photo if the crow would only alight on the grave and I hope you don’t think I’m too silly if I tell you that I asked M. le Corbeau if he would be so kind as to pose for me. 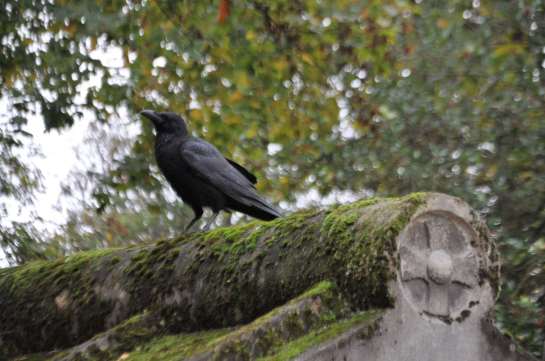 Intellectually, I know it is an illusion. After all, the cemetery was full of crows and I have bad habit of talking to all sorts of critters when I see them, so the likelihood that once in a while an animal will by coincidence do what I want is actually high. Still, I like to think M. le Corbeau understood me.

Just as I was getting ready to go, it finally stopped raining.