It was such a lovely evening tonight, I decided to just walk around a bit. At first, I wasn’t exactly sure where to go, but then I remembered seeing Michael’s eTravelog. He’s traveling around Europe and he takes some great pictures. In a post about Paris, he had some photos of the Louvre at night, so I thought I might head over there. Do check out Michael’s blog.

It was a full moon, so I tried to work it into the photos. 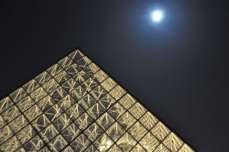 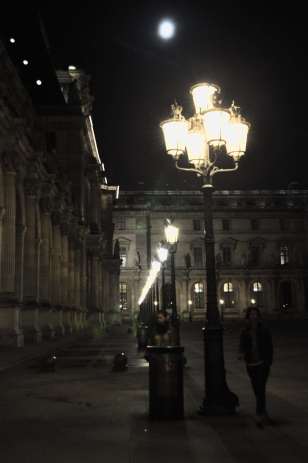 A row of lamps with the moon hovering above.

Since the couple was posing, I figured they wouldn’t mind if I snapped a few. 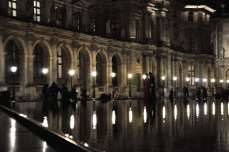 This couple appeared to be having some wedding photos taken.

I like the way the lights above the arch emphasized the horizontal lines of the architecture.

This is I. M. Pei’s large central pyramid. 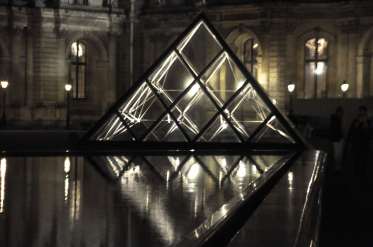 This is one of the small pyramids with a reflecting pool. A young woman was pausing to look at her camera.