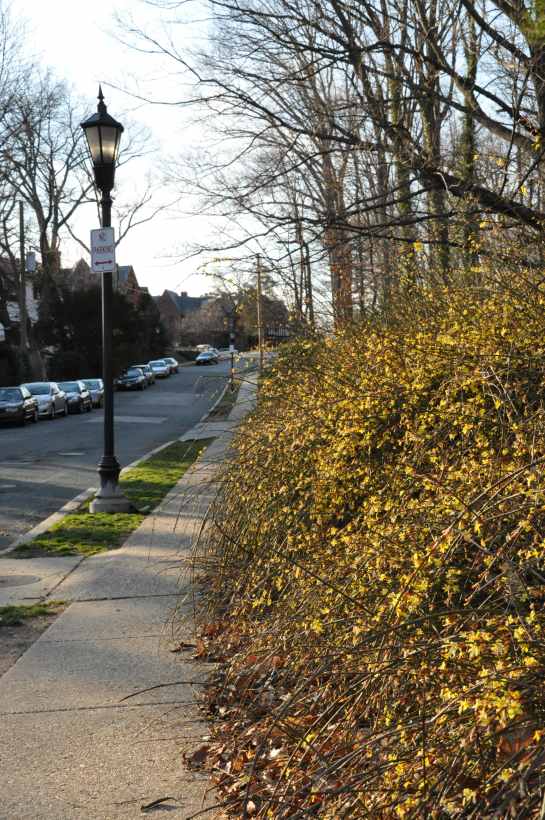 The sex addiction post got me thinking about some additional things. My blasé attitude towards monogamy helped me rack up a lot of points on the men’s version of the quiz. Apparently, the deep thinkers on the subject of sex addiction are so blinded by biased, stereotyped notions of sexuality, they don’t even think to ask women as many questions about that.

I’ve been writing down my memories primarily as a way for me to explore why I believe the things I do, not because I’ve had such an unusual or fascinating life. For instance, yesterday’s post about a group project in school, was probably yawn inducing. However, my thoughts on multiculturalism have been shaped by events like that. I’m still just laying out the themes that will recur.

So far, I’ve only touched lightly on sexuality, but it will be having a big role in the near future. My experience of my own sexuality is a large part of why I see the world the way I do. I feel like I’ve spent my whole life rebelling against a society that has tried to tell me up was down, that has tried to tell me that sex was bad, or at best a means to an end, rather than a good that was good in itself. Eventually, you will get a blow by blow of each lover, or at least those who left a lasting impression. I will explain how, through trial and error, I came to not value monogamy.

One of the reasons that I’m writing all these views as a sort of memoir is because I don’t want to speak for anyone else. I can’t. I don’t want to convince anyone to abandon monogamy if it’s working well for him or her. It didn’t work well for me.

For many years, I was a terrible cheat. If I didn’t cheat on a boyfriend, it was probably because we didn’t date long enough. Finally, I came to the conclusion that the problem wasn’t the infidelity, the problem was the promise of monogamy in the first place, often simply assumed by a boy or man after the first sexual encounter. It was rare that a partner would actually ask if I would be monogamous with him. The next morning it was just assumed. For a long time, I went along with it because that is what the culture tells us to want. It’s what seemed natural and normal. Then a good-looking boy would pass by. I’d sleep with him. Fights, arguing, tears. So much drama. Then one day I thought to myself, why are all these boys assuming that we’re going to be monogamous. I’m sixteen, seventeen, eighteen, and so are they. Do we really believe that neither of us will ever sleep with another person over the next seventy or so years? I realized that I never had an intention of being monogamous. Finally, I resolved to stop making promises I had no intention of keeping. Only making promises I believed in and actually wanted to keep was the key to being true to my word.

Throughout my twenties, I kept that resolve. I had several long-term non-monogamous relationships. These weren’t polyamorous relationships, a form of relationship of which I was yet unaware. They were far healthier than the previous relationships I’d had. A couple of them continued literally for years. The men became important people in my life. These weren’t “fuck buddies” or “pillow pals.” There was still a sense of romance, of getting together with a boyfriend.

Eventually, I met someone and I did feel moved to promise monogamy. We had a nice chat about what we were feeling and it turned out that he felt the same way. Eventually, we married. I remained faithful to him throughout our marriage. As far as I know, he did as well. It ended in divorce for reasons having nothing to do with fidelity.

During my twenties, when I had about four or five regular lovers, my female friends were highly critical of me. “You date like a man,” they said. It took some courage and resolve, as well as knowing what was right for me, to carve out a love life that was satisfying for me. I know very well what it is to have social norms forced on you. I also had to develop my own code of ethics. Since ethical behavior is important to me, I spent quite a long time thinking about what was the best way to behave in regards to sex and what was the best way to treat my lovers. So, yes, I think I have something to say on the subject of sex.

I mentioned a paper yesterday, but it seems that I forgot the link. My apologies. In it, Levine and Troiden describe three cultural “scripts” that govern erotic behavior in our society. They lay out three different scripts. The first, they call the procreational. In this view, the only form of healthy sex takes place within marriage. The second, they call relational. A relational view of sexuality sees a relationship and intimacy, almost always monogamous, as being the purpose of sexual contact. The third script is recreational. The recreational script views sex as enjoyable in and of itself and worth having for that reason alone. The only bounds put on sexual activity in a recreational script is that it be consensual.

The recreational script was only ever dominant in this society during the seventies, but that is when I entered adolescence and that is the sexual ethic I learned. A recreational script doesn’t inevitably lead to promiscuity. My sister also has that view of sex, yet she’s been happily married for about twenty years.

In my post on sex addiction, a commenter gave a link that she claimed would show that sex addiction is not a culturally bound idea. The link, as it happens, shows quite the opposite.

After noting contemporary society’s consumer culture in which the individual has come to expect instant gratification, the author, Vincent Estellon writes,

It is clear that the writer is disdainful of this attitude towards sex, an attitude that he clearly identifies as coming from the recreational script described by Levine and Troiden. Further on Estellon says,

Progressively, sexual excitement is increasingly distanced from the loving feelings associated with a relationship.

Here, we see him clearly articulating the relational script. It is entirely possible, that the relational script is the dominant script today. One experience that helped me arrive at a skeptical attitude towards monogamy was my observation of the behavior of other young women. Female friends would meet a man and declare that they were “in love.” They would have sex. After a few months the relationship would sour. Soon they would be “in love” with a new man. These females friends didn’t call me a slut and a whore because I slept with more men than they did, but because I refused to engage in the charade of pretending to fall in love in order to justify going to bed with someone. It’s clear that among women saying “I like sex even if it’s not in a relationship” is taboo. I’m very interested in the origin of this relational script.

Tracy Clark-Flory acknowledges the debatable nature of sex addiction in her article “Is Sex Addiction Real.”

What’s the difference between the symptom of a compulsive disease and a disease itself? Repeatedly lathering up in the sink is a sign of OCD. We don’t call those people hand-washing addicts, now, do we?

She also points out,

Well, at least it’s good to know that I’m not alone.

Clark-Flory notes that the people who support the idea of sexual addiction insist that they are not anti-sex. However, in discussing this, Clark-Flory appears to have in mind a binary model of being pro-sex or anti-sex. The sexual addiction advocates’ approval of sex within a committed relationship leads her to see them as not being truly anti-sex. However, that dichotomous view doesn’t take into account the three different scripts. When that is taken into account, the differing opinions of Dan Savage and Vincent Estellon become clear.

Clark-Flory tries to maintain a journalist’s objectivity. Barry Reay, Nina Attwood and Claire Gooder feel no such obligation in their article “Inventing Sex: The Short History of Sex Addiction,” which appeared recently in the journal Sexuality and Culture.

Sex addiction began as a 1980s product of late twentieth-century cultural anxieties and has remained responsive to those tensions, including its most recent iteration, ‘‘hypersexual disorder.’’ Its success as a concept lay with its medicalization, both as a self-help movement in terms of self-diagnosis, and as a rapidly growing industry of therapists on hand to deal with the new disease. The media has always played a role in its history, first with TV, the tabloids, and the case histories of claimed celebrity victims all helping to popularize the concept, and then with the impact of the internet. Though it is essentially mythical, creating a problem that need not exist, sex addiction has to be taken seriously as a phenomenon.

“Hypersexual disorder.” Wow. It’s almost enough to make me glad to be old.

However, I’m old enough to have seen the demonization of sexuality grow over my lifetime. It’s time to reverse this trend.

Today, I saw on Think Progress the article, “Family Research Council: Unmarried People Should Be Denied Birth Control and Punished for Having Sex.”

Well I could really go on. Since sexuality is one of my major interests, I probably will, but that will have to wait for another day. In the meantime, here’s another read on the subject: “Reinventing Perversion: Sex Addiction and Cultural Anxieties.”