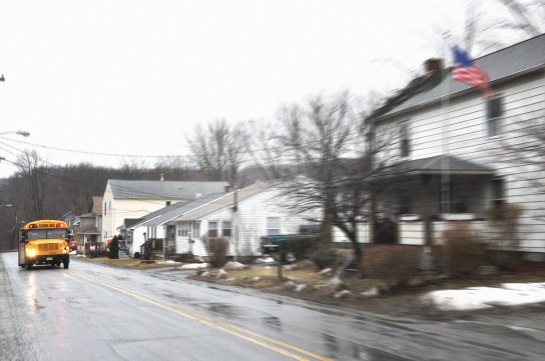 Throughout elementary school I had the same two closest friends, A and L. However, they were not overly fond of one another and we rarely did things as a group. Similarly, L had another close friend and, although we were far from enemies, we did not find one another’s company especially enjoyable. Similarly, there were a few other girls, and they were mostly girls when I was very young, with whom I would play from time to time, but I was never part of a larger group. My friendships were, and still remain to this day, one on one affairs.

This was forced to change with the arrival of junior high school. Not only did the populations of several elementary schools meld together, but we had a new addition to our routine, lunchroom. For six years, I walked home for lunch where my sister and I ate with our grandfather. Now we were required to eat in the school cafeteria, and even that would take on outsized social significance.

T and L hit it off well and we typically ate with two other girls, D and JS. However I was beginning to notice that some kids were maturing and other kids still possessed childish qualities. L and D still thought boys were icky, while T and JS expressed an interest that was very mild. All of these girls became interested in boys in time. This was a matter of immaturity, not sexual orientation. They listened to nothing but Beatles, a band that had broken up years before. They were easily intimidated by the “bad” kids.

I had been a bookish kid, a good student and was generally independent minded. I had a vague awareness that we were the nerds in the school, but the word had no sting for me and I didn’t mind. I don’t know if was pride, or a sense of self, but there was no way that I would turn my back on perfectly good friends in order to be more popular. What was the point of gaining the company of people you neither liked nor respected? It was probably more defiance of peer pressure than anything else that kept me demonstrating my friendship with these girls by sitting with them in the cafeteria everyday, because, frankly, they were starting to bore me.

One day, D asked me if I wanted to go to New York City with her to attend a Beatles’ fan convention. Her parents schlepped us all the way into the city. In a sequence of hotel rooms there were tables of vendors selling memorabilia and t-shirts, others selling records. There were young men dressed up to look like various members of the Beatles, circa 1964. D was beaming. “Isn’t this great!” she said to me multiple times. Each time I forced a smile. It wasn’t painful, just boring. D seemed to be in heaven and I didn’t want to spoil it for her. After all, she talked her parents into taking us all the way into New York City for this. I looked around me and thought to myself, “I guess this is what people mean when they call something ‘lame.’ ”

It would happen at an imperceptibly slow pace, but over the course of a year I would slowly drift away from them. There was never a falling out and JS would invite me to her batmitzvah, but the change was clear.

A had gone in the opposite direction. One day, seemingly out of the blue, she said, “Do you know what copulation means.” When I said no, she rolled her eyes Then she mentioned that she was taught the word by an adult man with whom she had become friendly. I never saw this man and at the time, I suspected he didn’t exist. Today, I’m no longer so sure. In any case, these conversations were making me uncomfortable, although I couldn’t have told anyone why. The growing distance between me and A would be an especially large loss in my life. We had met at about four years of age and had been best buddies since then.

Meanwhile, I started having conversations with a girl who sat next to me in art class due to our mutual interest in painting. S liked art, math and rock and roll.