Usually, when I do artwork directly on the computer, I work on a “desktop replacement” laptop with a comparatively large screen and I use a Wacom Intuos digitizer tablet as an imput device. Maybe someday I’ll have a desktop computer with a huge screen and a Cintiq. Until then, I can only dream.

Well, as it happens, my internet connection was as slow as molasses the other day, so I went out to my sister’s place to put up my last post. I took a smaller laptop I bought specifically for traveling. It works pretty well for putting up a short, written posts, and when I was in France I used it for photos. With a thirteen inch screen, I wouldn’t want to do extensive editing with it, but I downloaded Paint.NET and it works very well for minor tweaking. At home I use Photoshop.

The lightweight laptop is significantly newer. It has a touch screen and the operating system is Windows8. Since it was such a nice day, I thought I’d stay at my Sis’s place and spend some time outdoors. I also thought I would try out drawing directly on the touch screen. I found it a little frustrating because the precision isn’t there.

Here is a sketch I did with the free version of Artweaver. It looks like a nice drawing program and I’ll have to try it more extensively when I am at home. 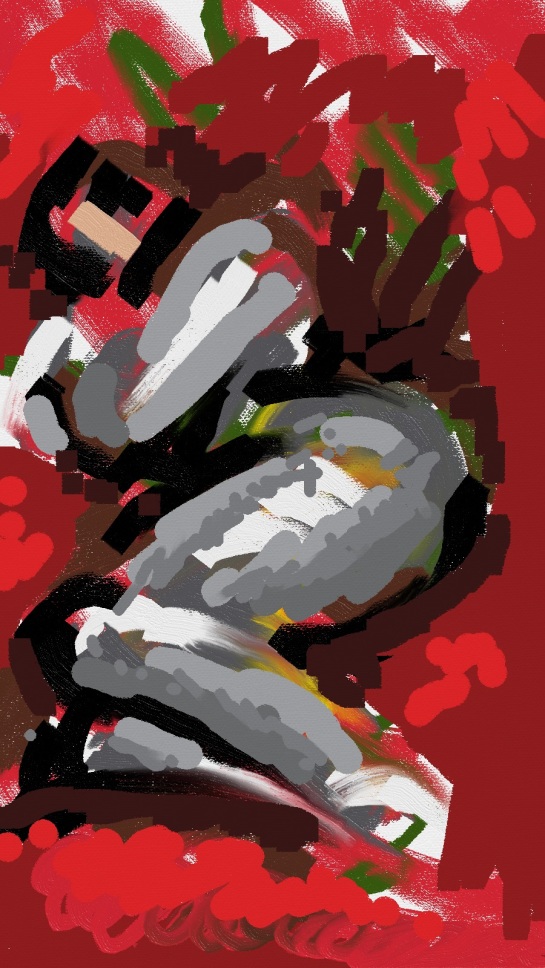 Here is another sketch that I did of my sister lying on the sofa last night. This was done with the Fresh Paint program that came with Windows8. It feels much too much like finger painting for me, although I could see kids having some fun with it. Unlike Artweaver and most other drawing programs, it doesn’t have more advanced features like layers. Also, last night I tried Project Dogwaffle, but I couldn’t figure out how to change the paper size and I just abandoned trying to make heads or tails of that program.

On the other hand, it was nice being able to take the computer outside with me and use it much like a sketch pad to make drawings from life.